So, in a fit of ill-advised curiosity, I upgraded my main desktop Kubuntu 18.04 install to the 20.04 developmental daily. This did not go well. The command do-release-upgrade indicated failures at the end, and rebooting produced a sparkling TTY-only experience. It seemed like most of the 20.04 packages installed but the package cache and package status did not update, which meant not only no graphical environment but also any apt upgrade or apt install failed with a myriad of dependency issues. No amount of manually starting the display server, a different desktop environment or window manager, or changing the graphics driver seemed to fix the issue.

I wrestled with the borked system on and off for a week before giving up. Also in that week was rediscovering the install of OpenSUSE-13.2 from 5 years ago on another drive. I actually did manage to get OpenSUSE to upgrade from 13.2 to Leap 42.1, and then up to the rolling version OpenSUSE Tumbleweed. I'll keep that around to tinker, but that hard drive is nearing rebirth in which I use the platters for a crafts project.

Since I started using Linux full-time almost 10 years ago I've done my share of distrohopping and trying out distributions. I bounced for several years from distro to distro, always looking out for the new thing. A recent cleanup of my room yielded several of those zippered CD cases, stuffed with installation disks for Feather, Pardus, PinguyOS, and many other distros lost to the past. In the past five years though, especially because I was living abroad with only my laptop for a while, trying new distros has been put on the back burner. I developed a groove with my main laptop on Arch, a server on FreeBSD, and the desktop on Kubuntu. Every so often I would set up a new distro in a virtual machine, but they never held my interest. Mostly, Arch was just better and easier to deal with on the everyday, and FreeBSD and LTS Kubuntu don't change quickly. So deciding not to fix this Kubuntu install, and try a new distro, was something not fresh in the memory.

One of the Linux podcasts I listen to, Choose Linux, had a recent episode about trying out Solus, a rolling-release distro with an Ubuntu feel. In its original incarnation Solus was based on Debian, but in its current form is independent. I had tried the original version of Solus many years ago, and given my need to install something, I decided to give it a whirl.

I had Kubuntu 18.04 set up as a Btrfs RAID0 across 2 120GB SSDs, and had hoped to replicate that on any new installation. However, the first hiccup I ran into with the chosen new distro was that it only supports install to an Ext4 partition. I don't really understand why the Solus devs would only support one filesystem other than a rigid adherence to the "one tool for the job" approach?(UPDATE: this seems to be because the boot manager Solus uses, clr-boot-manager from Intel's Clear Linux, doesn't support identifying Btrfs root partitions, even though the underlying boot loader systemd-boot works just fine with Btrfs) Anyhow, it's possible to convert Ext4 to Btrfs, and that's what I've tried. I'll write another entry about the particulars of that process.

So far, Solus is elegant, boots very quickly, and is generally impressive. The package manager eopkg is incredibly fast; it's apparently based on the old PiSi package manager from Pardus Linux. The Budgie desktop environment is smooth and very responsive. The software center is without fripperies and is fast and easy to use; the included software is reasonable, if sparse.

I do have a few quibbles with it, of course. The power menu is on the far-right side of the menu bar which is confusingly different than other paradigms I'm used to, where the power/shutdown buttons are near the application launcher or in the top-right of the desktop. The default GTK theme is dark, which is fine, but also applies the dark theme to browser windows, which is a pain in the ass when I'm trying to blog. Also, the lack of support for any root filesystem other than Ext4 is strange and slightly off-putting, but the devs are the ones who put in the work so I'm not going to be too upset about it.

Since this is the first day I've been playing with it, I don't have any thoughts about stability or how well it handles updates. I might have made it unmangeable by converting it to Btrfs; or it might be fine. I hope it is so smooth I soon forget about it and can get down to the serious business of shouting at Lutris or Proton because some Windows game doesn't work. 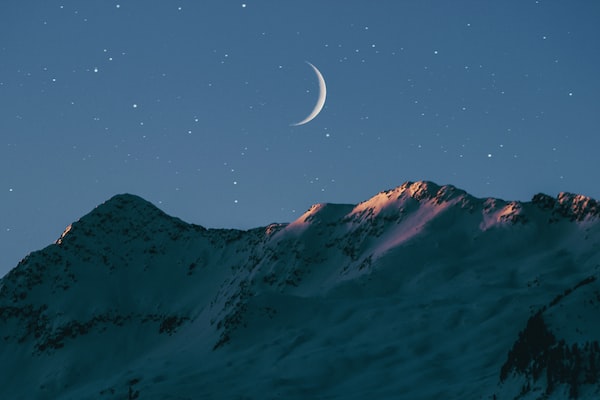 Warning! This is not a recommended setup and is not supported by Solus. It requires tweaking several things outside of the regular bounds of the OS and the Solus developers.

For Christmas this year, I thought I would get a Raspberry Pi [https://raspberrypi.org] (a very small computer on one board) and use it to make my parents' life a bit easier. Combining my desire to tinker with a novel tech thingy with